What makes us human?

Hello, and welcome to hot and sunny Shoreham Beach.

It's glorious here. The sea is like a millpond, its tranquility broken only by the gentle splash of swimmers or oars. Paddle boarders punt their way towards the horizon, now just a thin grey line punctuating the endless baby blue. A deep, relaxing silence prevails, occasionally disturbed by the clink of wine glasses, neighbours hailing neighbours, or barked instructions to, "keep in your depth!"

Last night, we had a rare picnic on the beach with my 80 year-old parents. Although they live in Shoreham, they hadn't seen the sea for years, the shingle slopes being too dangerous for those with arthritic knees. Happily, the new boardwalk has changed all that. Now we have a safe, even path which branches off towards benches with beautiful sea views. It was at one of these that we got out our picnic table and made a modest evening of it.

Gap or no gap, the boardwalk makes what was impossible, possible, and we are all the richer for it. 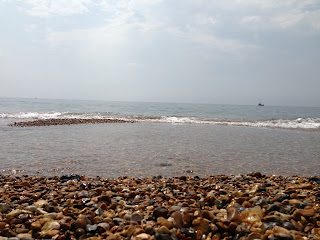 "What Makes Us Human?", is a series of essays that are being broadcast on the Jeremy Vine show on BBC Radio Two. The series started on 20th April with the Chief Rabbi, Jonathan Sacks. Since then, 11 other guests, including Lord Puttnam, Mary Robinson, James Jones, Bishop of Liverpool, and most recently PD James, have broadcast their responses to the question, what makes us human?

Alison Lapper, MBE, and a beach resident, will be one of those guests and she will shortly be adding her answer. 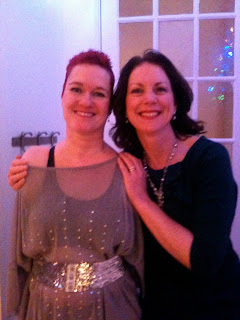 Alison and I are friends, and we have worked together in the past, most notably on an earlier blog, "We will always think of disability in the same way." Nevertheless, it came as a delightful surprise when she asked me to help her write her essay.

So for the last few months, we have bashed ideas around over lunches and coffees and worked through a number of drafts before finally settling on that which will be broadcast. The actual broadcast date has been temporarily postponed, but the essay itself will appear in print in the New Statesman this Thursday, 25th July, on-line in the autumn, and in a BBC podcast after it's transmitted. I'll let you know the date of the broadcast as soon as I know myself.

Well, it's time to grab my towel and head back to the beach, so thanks for dropping by, take care of yourselves and see you next week.
Posted by Liz Coward at 22:46