A day in the life of a mature student

Hello and thank you for your positive comments on the first "day in the life of." It's time now for the second, so over to you Tanya. 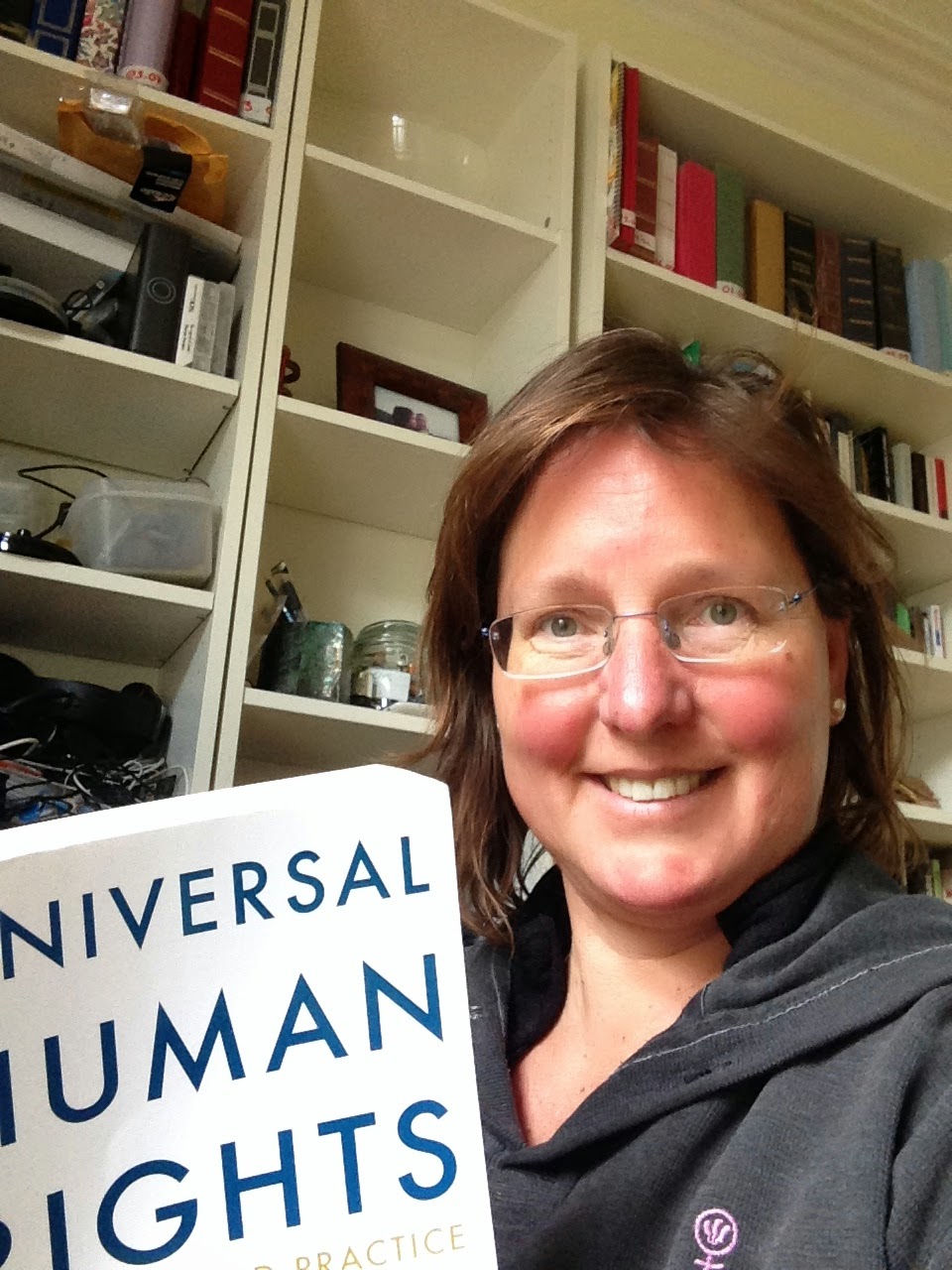 Tanya Williams lives in London with her husband, Tim, and their three children. She’s currently studying for an MA in Human Rights.

“ I get up and shower at 6.45 a.m. dress, then it's household chores before I ferry the kids to the station at 7.30 a.m.  At 8 a.m. I leave for University. I often cycle because I’m training for a 54km walk in Bhutan in October for the Australian Himalayan Foundation, and I need to get fit.
When I arrive at Uni, I buy a half price newspaper from the Uni shop and enjoy it with a coffee then I check my emails before lectures start at 9.00 a.m.
I decided to go back to Uni for lots of reasons. I’d been doing a routine job for six years which was never going to change, and my applications for more interesting jobs had been unsuccessful. Our youngest was about to start secondary school and our parenting time is now more crises based than responding to daily needs. Danielle laPorte’s, “The Fire Starter Sessions,” inspired me, but most of all, last summer, I fulfilled a long-held ambition to back pack around Cambodia for a month.
In Cambodia, I met a bunch of NGO workers who were half my age and doing really interesting work. It was like looking through a telescope backwards at my own life and it looked too small and constricted. The trip made me realise that I didn't have to settle for a boring job, that I could literally pack my bags and move on, so when I came home, I resigned.
I’ve always been political and my background is in languages, law and journalism so I signed up for a one year full time MA course in Human Rights.
The last time I was at University was almost 20 years ago, and this time it’s less fun. The buildings are run down and there are poorer facilities. The Uni has low expectations and the lecturers are on strike and angry about pay and they don't mark our work sometimes which seems unfair. The students have loans and debts and they also have to do internships all the time. It's exploitative, but it seems the only way to get interviews. Still, I love being around people who think ideas about the world matter, who can criticize the War on Terror without being accused of being a leftie or worse.
The study is more collaborative than I'm used to. We have to do group work and present it to the class. The students present very well and make PowerPoint displays in minutes, but I don't really like it. You only really learn the bit you're presenting and if the other groups don't do theirs well, you never get to learn about that area. Technology also effects teaching styles. The laptop screen has priority and people don't look lecturers in the eye.
Although I’m much older than the others, age doesn’t seem to create a divide. Any divisions are more to do with students not being native English speakers. They participate less, either because they are shy or don’t understand.
I can speak French, Greek, and German and I’m learning Arabic and, for me, language is at the heart of everything. It forms how you see the world. If you don't speak the language, you can only engage with more educated people, usually men, so you might not get a true picture of women’s concerns. I went to the biggest mosque in Europe, which is in New Malden, and I spoke to the girls there. They didn’t care about wearing a niqab or a burka. They had more important issues to worry about, like Sharia law and inheritance rules which entrench discrimination.
I study at Uni or quiet spaces away from home. I’ve no dedicated workspace at home, so if I study there, I’m constantly packing up my papers so the family can use the computer or kitchen table. Also, I don't switch off very easily once I've started on a topic. I get very into it and feel irritated when I have to pack up and do household stuff.
I study every day except Tuesdays. That's when I work at Liberty, writing legal advice. It brings human rights into solving real world problems but squeezing five days study into four can be tricky.
“My” day usually ends about 4.30 p.m. when the kids come home from school. I lay out snacks and drinks and start preparing supper so we can eat at six. After that I may read or watch TV, unless I’m out supporting the Green Party. I go and hand out leaflets at the station or attend public meetings to support our MEP candidates. I did it twice before for the Libdems, but I became politically homeless after they joined the coalition in 2010. It’s nice to be involved again and I’m now a Green Party candidate in this year's local elections.
During the winter months, I help at a local night shelter for homeless people. The temperature has to be below freezing before it’s opened and the charity will decide that at 2.00 p.m based on Met weather forecasts. That’s when I get the call to come in for a shift.
When I graduate I'm going to work on improving Islamic women’s human rights. It's a disgrace that some countries which sign up to human rights treaties are allowed to ignore it by saying,  “It's our culture” to marry 8 year old girls to 50 year old men, or censor the press, or use child labour.
Our Human Rights tutors tell us not to get overwhelmed by the terrible stuff that's going on in the world. We should just pick a small bit to tackle. That will be my small bit, but it's not small to the people I'll be working with.
Until then, it’s lights out at 10.00 a.m."

Thank you Tanya. I look forward to seeing you back here to tell us about your trip to Bhutan.
In the meantime, next week they'll be a short break from the series so I can bring you news of the Adur Festival street parties.
Until then, thanks for dropping by and have a great week.
Ta-ra
Posted by Liz Coward at 23:16