A day in the life of Councillor Liza McKinney

Hello and welcome to my blog. It's lovely to see you again and how are you getting on with your New Year's resolutions? I moved onto my second one this week when I started Jujitsu at the wonderful Shin Jin Dojo in Brighton. It wasn't as tough as I anticipated but boy, did I feel sluggish. After an hour of dodging swords, punching, blocking and throwing bean bags, I felt surprisingly calm, refreshed and reinvigorated. I didn't expect that. I expected to feel knackered.
Now this year, sees the return of the,  "day in the life of" series which was first published in 2010. At that time I featured four local personalties, Councillor Liza McKinney, PCSO Maireadh Knight, Rev Gail Souppouris, Vicar of the Church of the Good Shepherd, and John Bradshaw, former Chair of Shoreham Beach Residents Association. This time I'm focussing on professions or vocations, but to whet your appetite, I thought I'd republish these popular blogs.
It felt natural to kick off with Councillor Liza McKinney, as Ropetackle Arts Centre will be holding their version of Question Time called, Tackle the Issues, on 31st January. 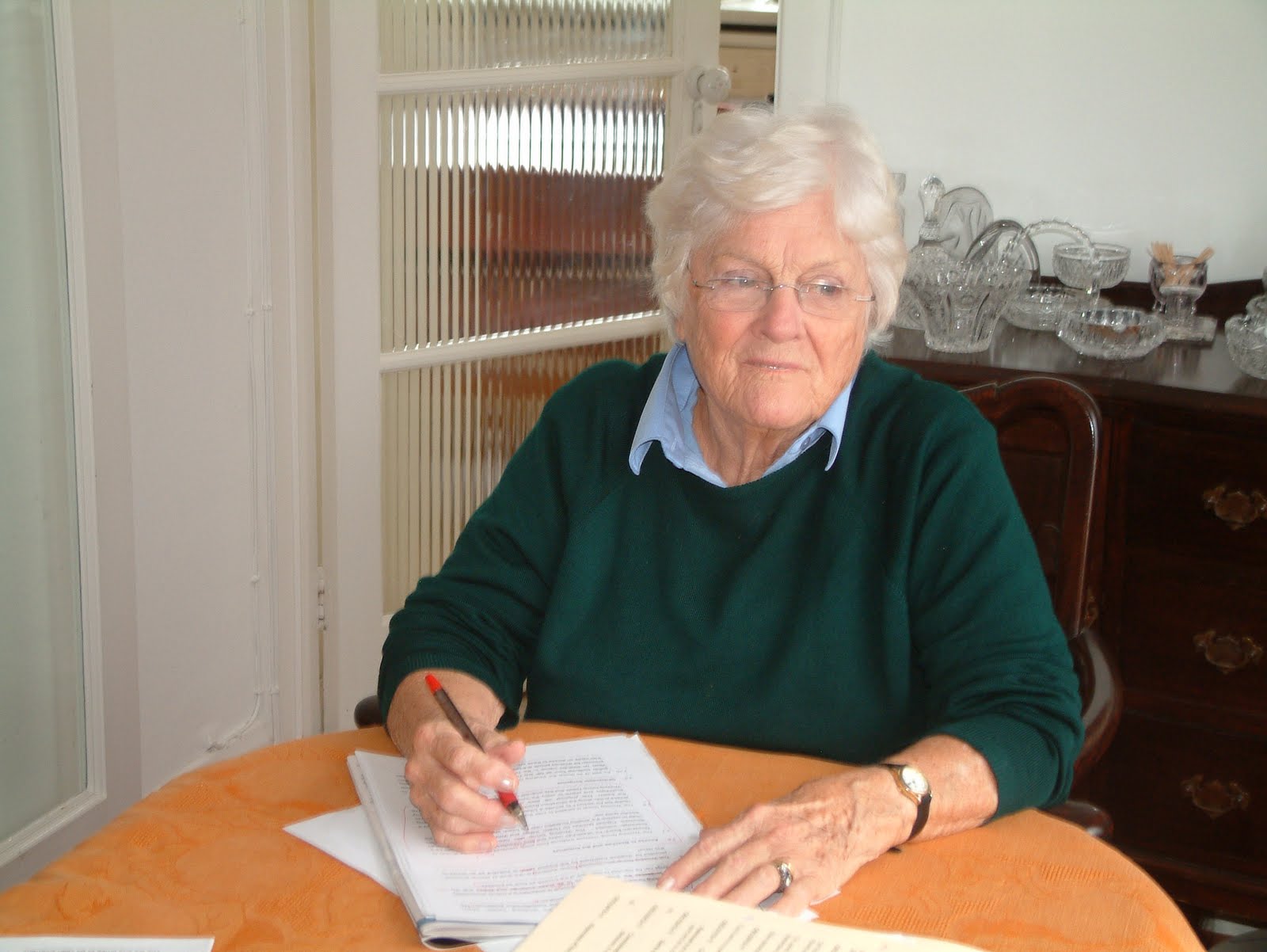 Liza McKinney has been a Shoreham Beach Residents Association Councillor since 2000. She lives alone and has two sons, Damien, 50 and Julian, 49, eight grandchildren and 3 step-grandchildren.

“As a Councillor, I’m afraid to say I’m a very early riser, so I’m normally up around 6 o’clock in the morning. I suppose that’s from the days that I commuted, when I had to get up at 5 o’clock in the morning to catch the train to London. I used to cycle to the station, put my cycle on the train and then I’d cycle from Victoria to the Treasury in Whitehall. People have often said to me, “How did you dare to ride in London?” In actual fact I only got knocked off my bike twice.
By 7 o’clock, I’ve had breakfast and then there are papers to be read. I’m afraid to say that the paperless society, as far as the Council is concerned, is a laugh a minute. The size of some of our reports are absolutely gynormous. Sometimes my dining room table looks more like an office desk. I then turn on my computer and see if anything has come in.
I re-read the papers for meetings that day with a fine toothcomb. It takes up a lot of time during the morning and I sometimes have to seek briefing because you’re not an expert on everything just because you’re a Councillor. You need to understand what is being suggested and what it will mean in reality to our residents out there.
I’m not one to have lunch to be honest. Coffee and a biscuit will do me because I have a serious weight problem so I struggle to keep the weight down. I do go to the gym. I go three times a week so if it’s my day to go, I’ll go roughly at 2 o’clock. I will spend at least an hour and 15 minutes. Once a week I go to Pilates which I find absolutely wonderful.
About 5 o’clock in the evening I will listen to all my telephone calls. I have an ansaphone and there could be residents with problems. Then, of course, Council meetings are held at either 6.30 in the evening or 7 o’clock. Sometimes they’re short and end at 8 or 8.30, sometimes, like on one particular day recently, they didn’t end until half past ten. There is many a week when I don’t have an evening at home.
I’m Chairman of the Overview and Scrutiny Committee and alternate Chairman of the Joint Overview and Scrutiny Committee for Adur and Worthing as well as on a number of sub-committees.
As Chairman, our Committees have the right to look at most of the decisions that Cabinet Members are going to take. This is important because if you’ve got individual Cabinet Members making decisions, as you might say, behind closed doors, you need a backstop to say, “Hey wait a minute we don’t think this is a very good thing”, or “Look at the money you’re spending” or “Is it economical?”or “Is it in the best interests of the residents?” We are, if you like, the voice of the residents making sure that what is being agreed is right.
As well as being Chairman of the two Committees, I also attend Cabinet meetings, not just as an observer, I can speak up to defend whatever recommendations we might have made as a committee to the Cabinet.
I also attend Joint Strategy Committee meetings which means that where there are joint services between Worthing and Adur those come before a Joint Strategy Committee where Councillors from Adur and Councillors from Worthing sit together to decide on policies and strategies. Again reports that go to them, come to the Joint Overview and Scrutiny Committee giving us a chance to put our five pennith in. We have also just completed research into facilities for the disabled throughout Adur.
They are important meetings so when I come home I have to turn on the television otherwise I’ve found that when I go to bed, I’m going over the matters discussed and what should be done about them.
Before I going to bed, I check my emails to see what’s new or if a meeting's been cancelled.
You always hope that on Saturday and Sunday you may have some peace. But very often, particularly in the summer, I’ve got residents ringing up on a Saturday or a Sunday evening. Sometime because the street light outside their house hasn’t been on for a time and they worry about security; others because rubbish has been scattered all over the road or the bins haven’t been collected round the shopping areas. Also, of course, in the summer I do get a lot of calls if people on jet skis have been encroaching into the swimming areas. I have been called out because a party’s been going on and it’s got rather noisy. Against advice, have tended to put my clothes back on, if I’ve been in bed, and go down. I’ve found that whenever I have been called out late at night, and at 1 o’clock in the morning on one occasion, if you go down and speak kindly to the people concerned you can get the noise turned down. If there is a problem with noise, which is, after all, the most common thing we get called out at night for, you can actually do something about it. Very rarely do you have to resort to getting the council and the police involved.
I do have long days. Most of the time, I don’t get to bed before 11 or 12 o’clock at night. No matter how late I get to bed, I have to read and I’ve always got books on the go. At the moment I’m reading “The Cobra” by Freddie Forsyth which I can recommend to everybody. It’s absolutely fantastic. I can’t put it down. So I probably read until 1 o’clock some nights, which is really not very good for me but I don’t need, like a woman Prime Minister not so long ago, a lot of sleep.”

Liza McKinney is still one of our ward Councillors.

Next week, I'll re-publish another "A day in the life of.." but until then, have a great week and thanks for popping by.
Posted by Liz Coward at 10:40