Hello and welcome to my blog. It's wonderful to be back and Happy New Year. To date, I've stuck to some of my New Year resolutions, but I hope you're doing better than me.
Well, we've had a spate of calm and sunny days here so, if the smallspotted catsharks have any sense, they'll hot foot it to deeper waters before the storms return and hurl them back onto the shore.
Now, you may have noticed that we spent Christmas in Miami this year, thanks to Airbus Training UK. 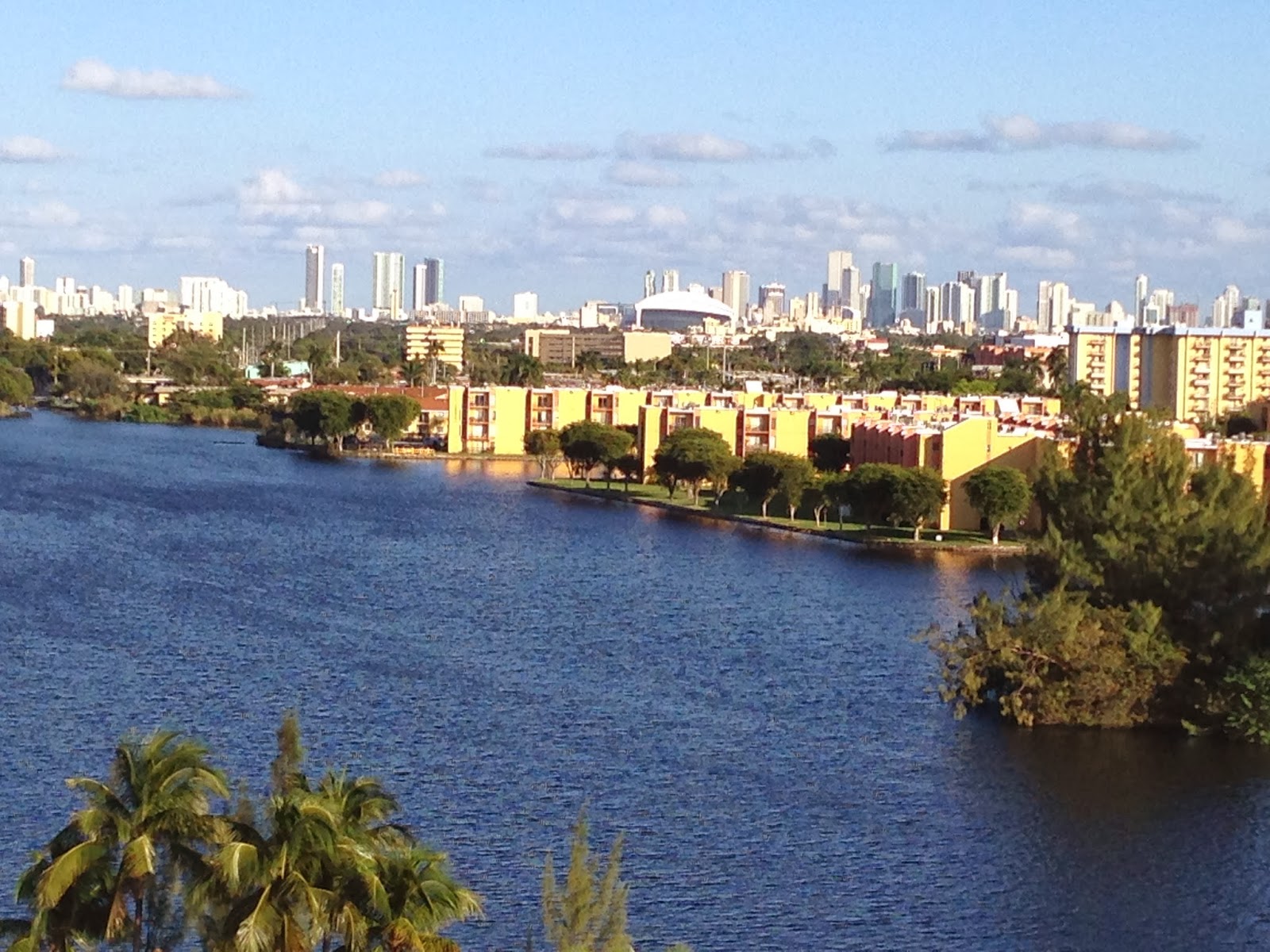 View of Bricknell and Downtown Miami from the airport area. 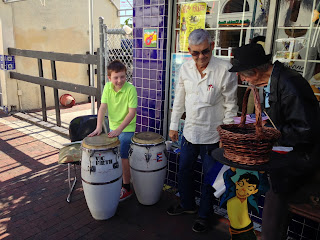 Miami is in Florida which is on the eastern coast of the United States. To the north lies Fort Lauderdale, (location of Sawgrass Mills Mall), to the west, the Everglades, to the east, the Atlantic Ocean and to the south, the Keys and Cuba.
It's a city of over 400,000 but each neighbourhood has its own feel. For instance:-
South Beach. THE must do site. It feels like an expensive posers paradise.
Coconut Grove . A self-contained community with a relaxed, but expensive, street cafe culture.
Coral Gables . A wealthy residential area. No pubs, just the opulent Biltmore Hotel. 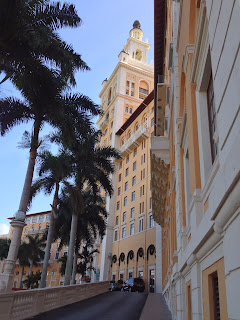 Little Havana. A poor area which seems rich in community.
Downtown. An impressive international business district
Bayside . A small, busy tourist trap with some pricey little boutiques and a free live music scene.
Biscayne Bay. A strip of family beaches with superb views of either the Atlantic or Miami.
It's easy to get around on public transport although a car is crucial if you want to visit the shopping Malls.  These are a bargain hunters paradise and we left the largest, Sawgrass Mills Mall,  fully laden.
Officially, Miami has a typical tropical monsoon climate, so it's warm enough to swim outside on Christmas Day, but that's probably the only typical thing in this major city.
Miami is over-flowing with charisma but to only view it through the prism of South Beach, would, I feel, be to miss its soul. Personally, I think this lies not in six packs and skylines, but in its big Latin American community and their sequins, strip lights and confidence. It's in evidence on the streets, in the shops, hotels and particularly amongst groups of Hispanic ladies.
These sassy, sexy ladies, of all shapes and ages, with their bright, tight-fitting clothes and high heels, are party princesses. They never walk, they swagger, and it's done as naturally as breathing. Remember West Side Story? That's the attitude I'm talking about.
Would we return?  Yes, but if we don't, my most lasting memories are of the Science Museum's young tour guide whose enthusiasm for science lead him to sneak us backstage for an unauthorised show with liquid nitrogen, and a plump Hispanic grandma, her daughter and grand-daughter strolling across the hotel lobby, and all dressed to the nines.
Well it's time to go. Thanks for dropping by and I'll see you again in a couple of weeks.