Serbia defied all my expections.

Hello and welcome to my blog. I hope you enjoyed the Adur Festival. Sadly, we missed most of it because we were in Serbia.
Before our visit, the only thing I associated with Serbia was Milosevic, Karadzic and Srebrenica, so I expected a ruined country populated by swaggering thugs. The truth made me feel disorientated and embarrassingly ignorant.
We stayed in the capital, Belgrade, and it felt just like a small European City. 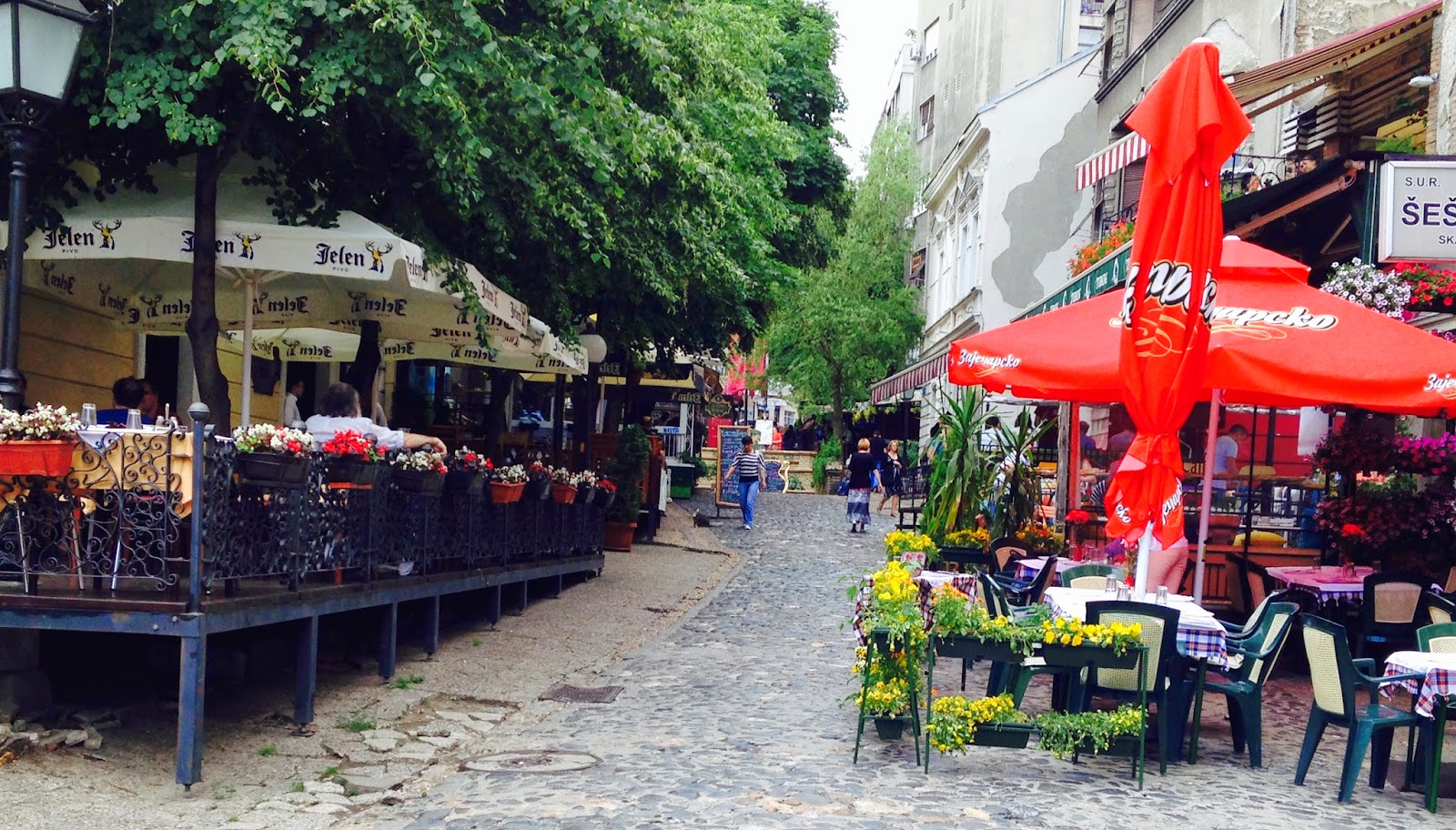 It lacked the piazzazz of most Western capitals, but it was clean, safe and the main public space, Kalemegdan Park, was welcoming. 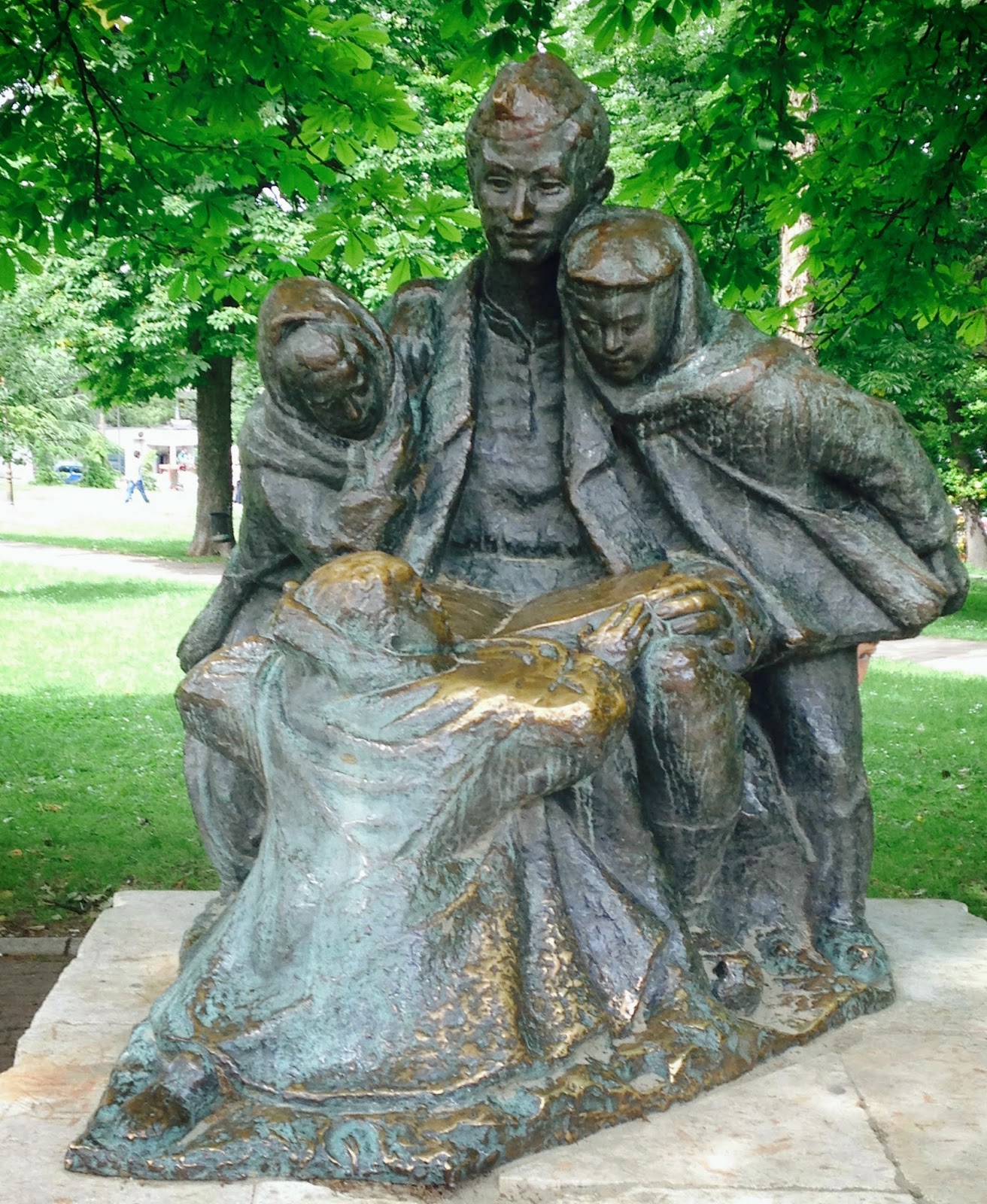 Kalemegdan Park
There was a vibrant cafe culture. 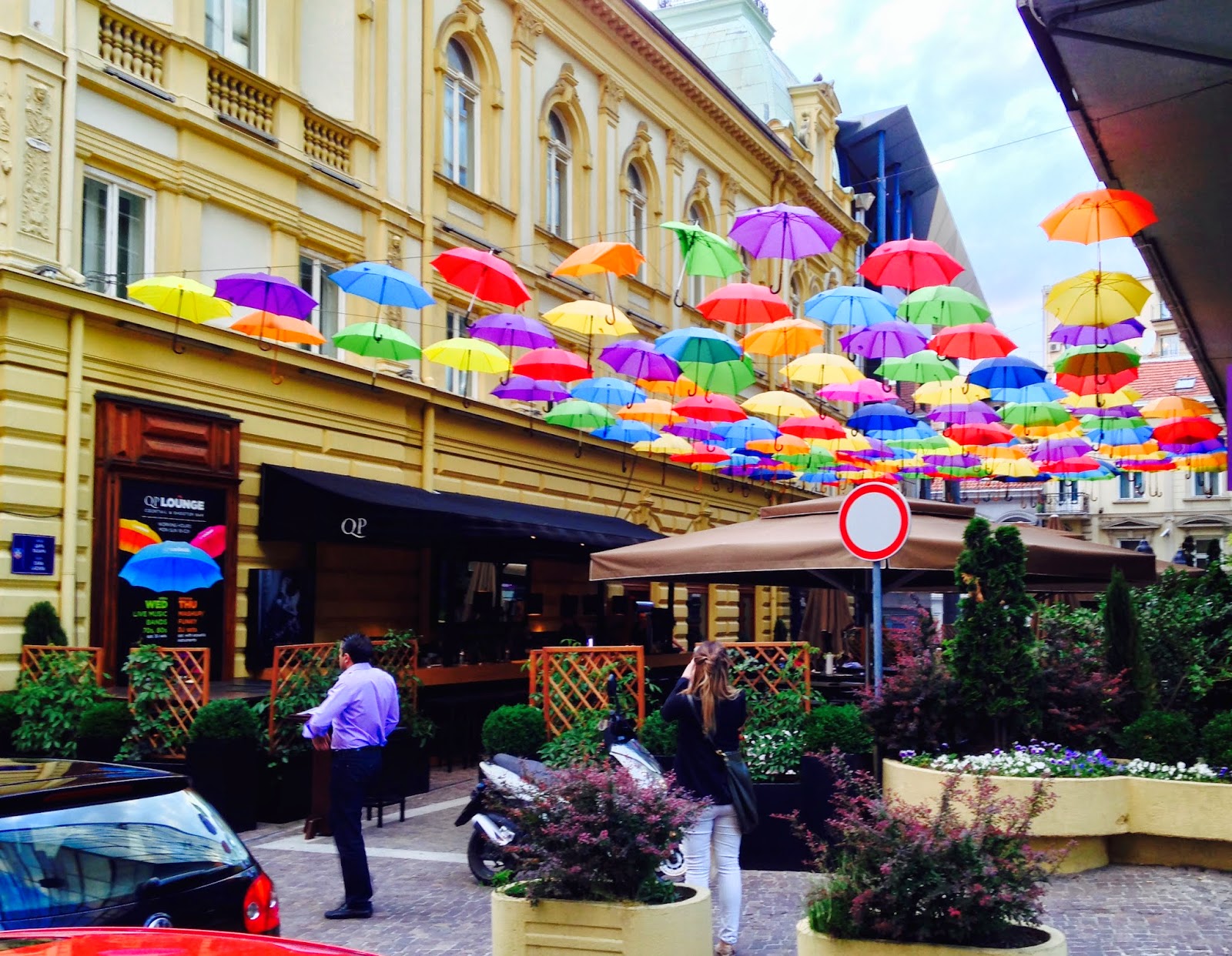 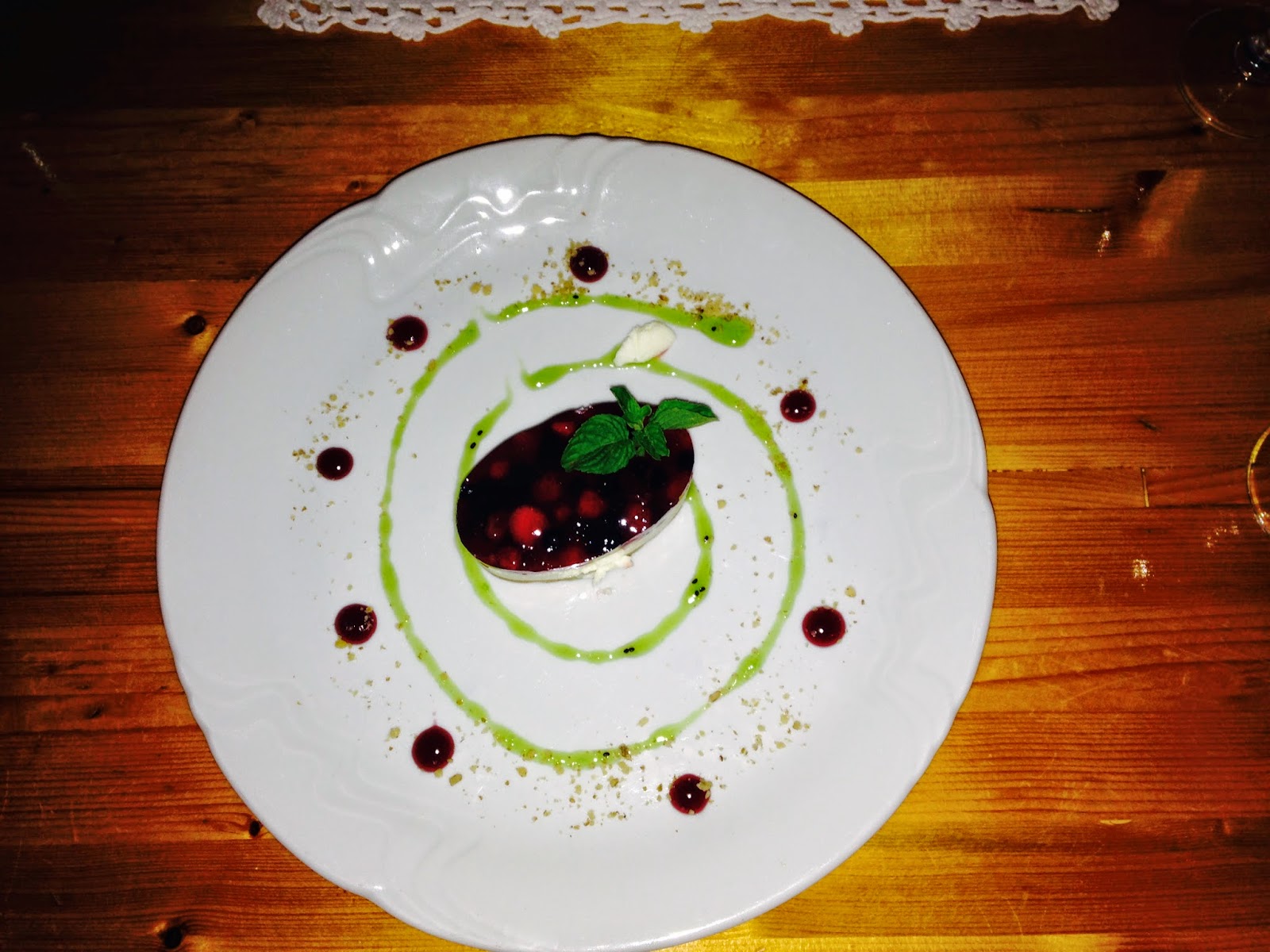 Cheesecake with berries at Klub Zabar

And the people? Apart from the cabby who thought gay people were mentally ill, everyone was professional, friendly, hard-working and thoughtful. They seemed tennis mad and there was a playfulness about them. Indeed, a group of giggling middle-aged men came bouncing into our restaurant one night to hide from their friend outside.
However, after being asked by the umpteenth person, whether we liked Serbia, I began to suspect a collective sense of insecurity.  Our reply always elicited the same response, even by our homophobic taxi driver, relief and delight. Were my preconceptions common then? I hope not, because the Serbians were lovely. That's why I don't want to put the boot in about Belgrade Zoo, but it lets them down. 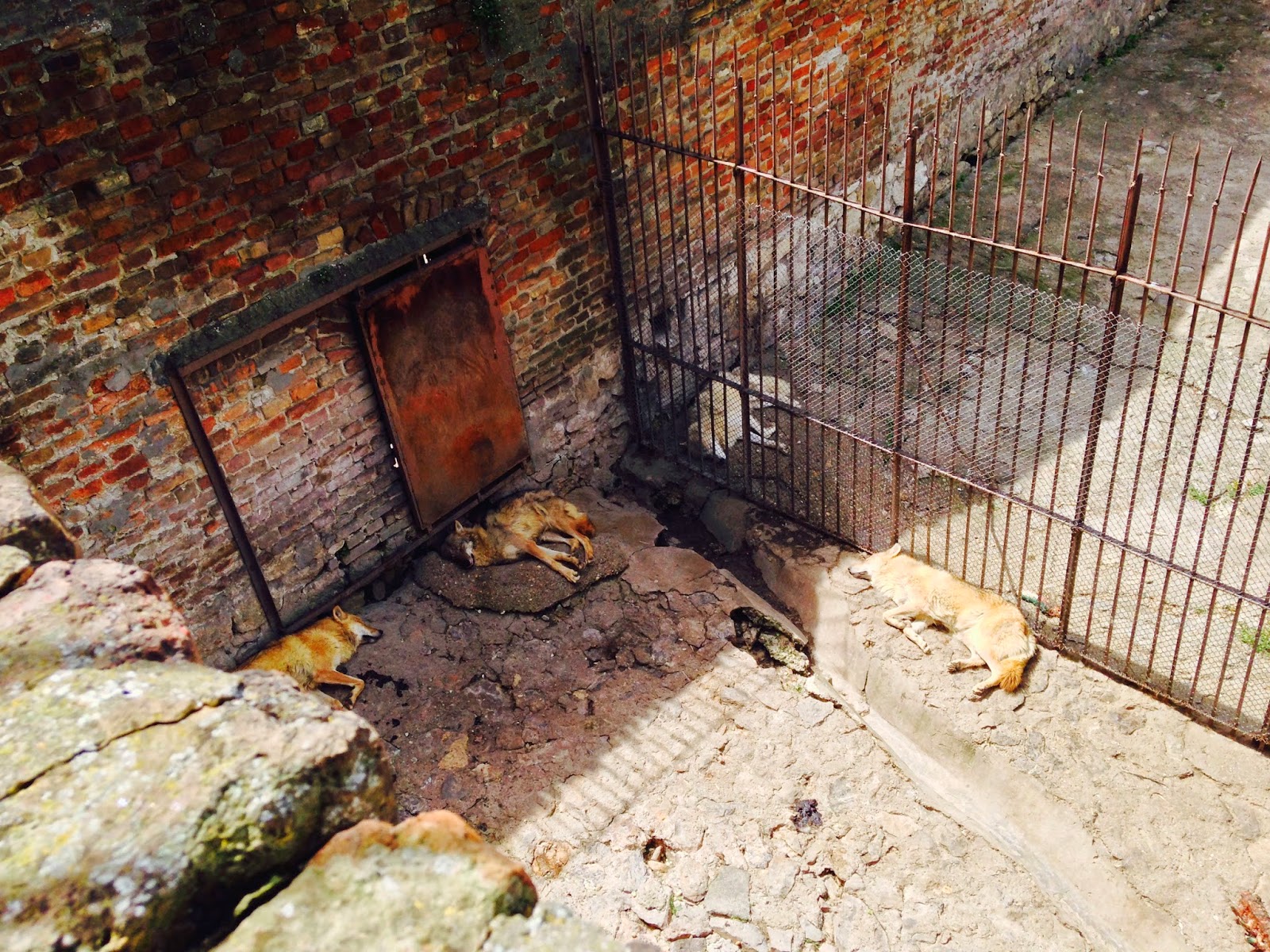 The wolf pit at Belgrade Zoo

As always, it was spotless. The day we went, school parties were visiting and the kids cheerfully mooched from one enclosure to the next. A steep path led to the back of the zoo and there, wolves, a lone lion, horses and bears were kept in hot, deep concrete pits, some tastelessly overlooked by an expensive restaurant. Further along, a cat constantly paced along the edge of its small cage, only breaking step when a neighbouring feline came out to hiss at it. Apart from the leafy, spacious Cheetah enclosure, it was grim, and our trip left me with a lasting sense of disquiet.
Talking of which, were you one of those who felt that Shoreham Airport should not have allowed the Nazi flag to be flown there last week? 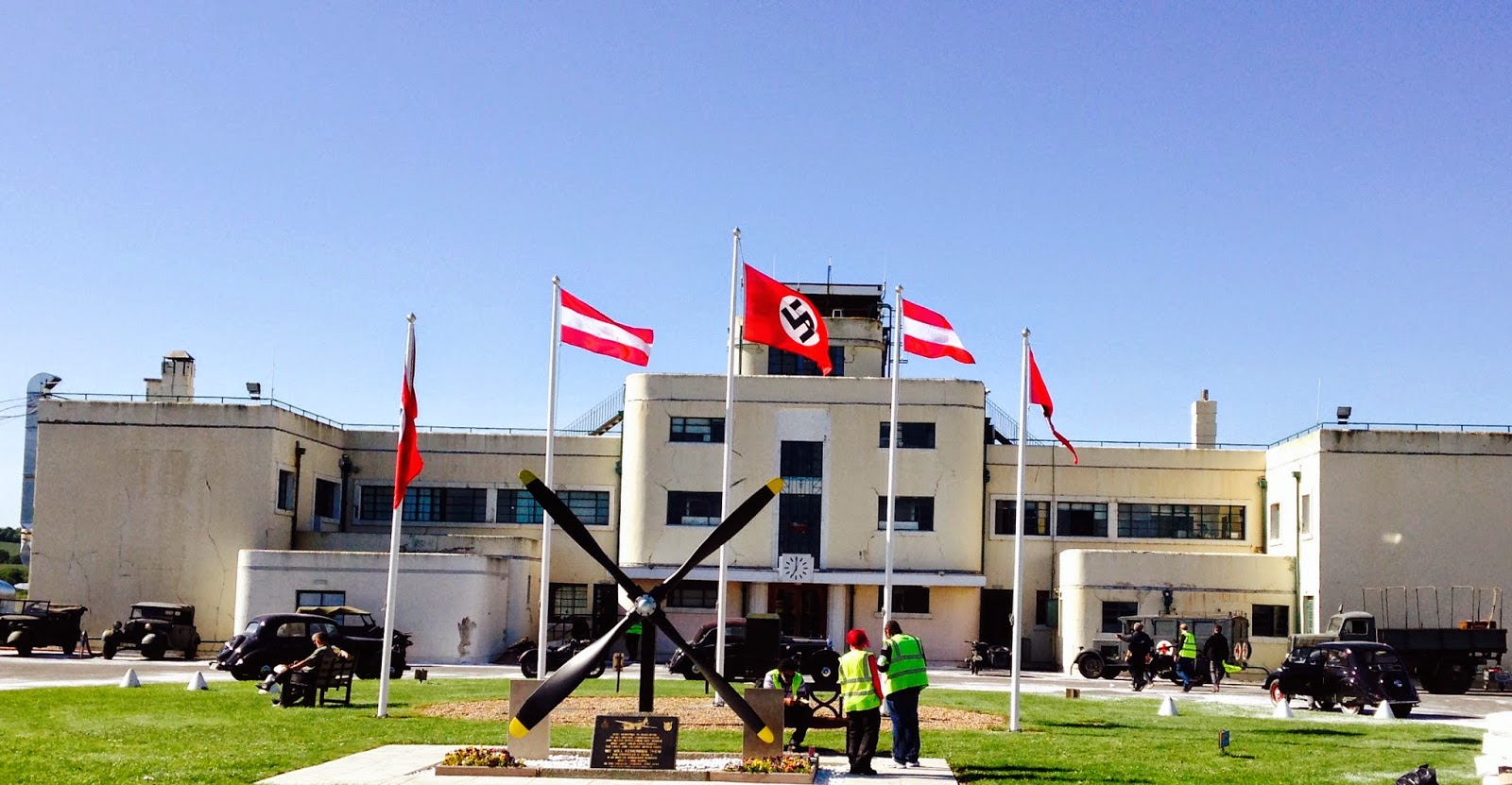 They were only up a day, but I understand that there were lots of complaints because it coincided with the eve of the D-Day commemorations.  Yes, it was chilling to see them, but I thought them neither disrespectful nor offensive because it brought home the reality of what the Allies were fighting for, to stop that flag flying in this country. Seeing the Swastika, made me recall the words, "for their tomorrow, we gave our today," and it made me feel more grateful to the Allies than ever.
NEXT WEEK, Mella Punchard will share her thoughts on this year's Adur Festival and the week after, I'll return to the third in the series of, "a day in the life of."
Thanks for dropping by and see you next week.
Posted by Liz Coward at 16:05