Looking back at Adur Festival 2014 and forward to BEACH DREAMS!

Hello and welcome to my blog. Summer’s here, so it’s all go in Shoreham. The Adur Festival and Art Trail have ended and Beach Dreams is about to start.
As we wait for our turn in the spotlight, I spoke to Mella Faye Punchard about this year's festival.

“We managed to do a couple of things that we really wanted to achieve based on last year’s feedback, which was to involve places such as Sompting, Fishersgate and Lancing and to increase awareness of and support for the festival.
Historically, its barely done anything in these places, so it was really exciting to see that it made a noticeable impact in there. 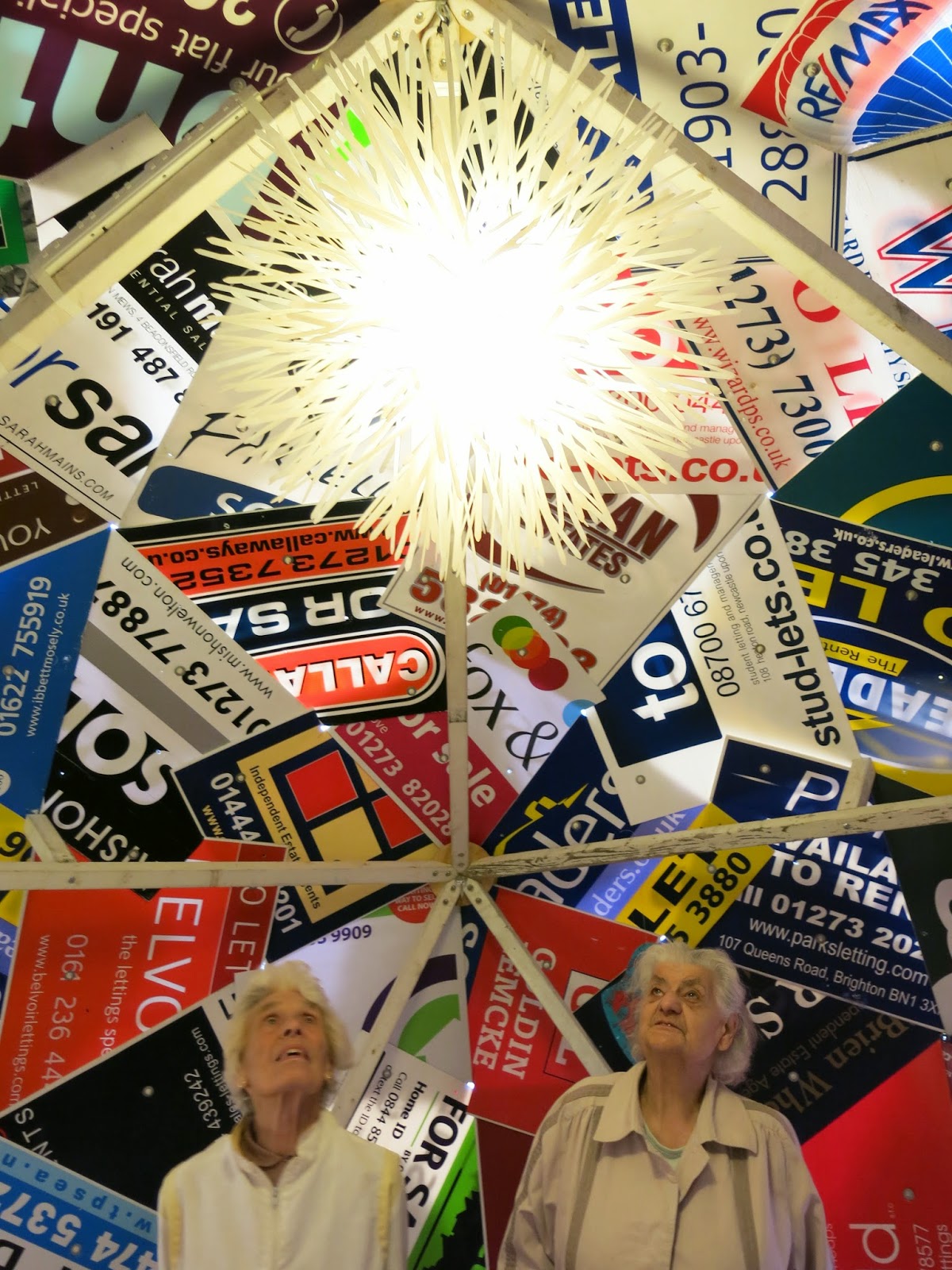 And,  for the first time, people were travelling across the district to take part in events. A third of the participants at the Sompting local hub, for instance, came from Shoreham. 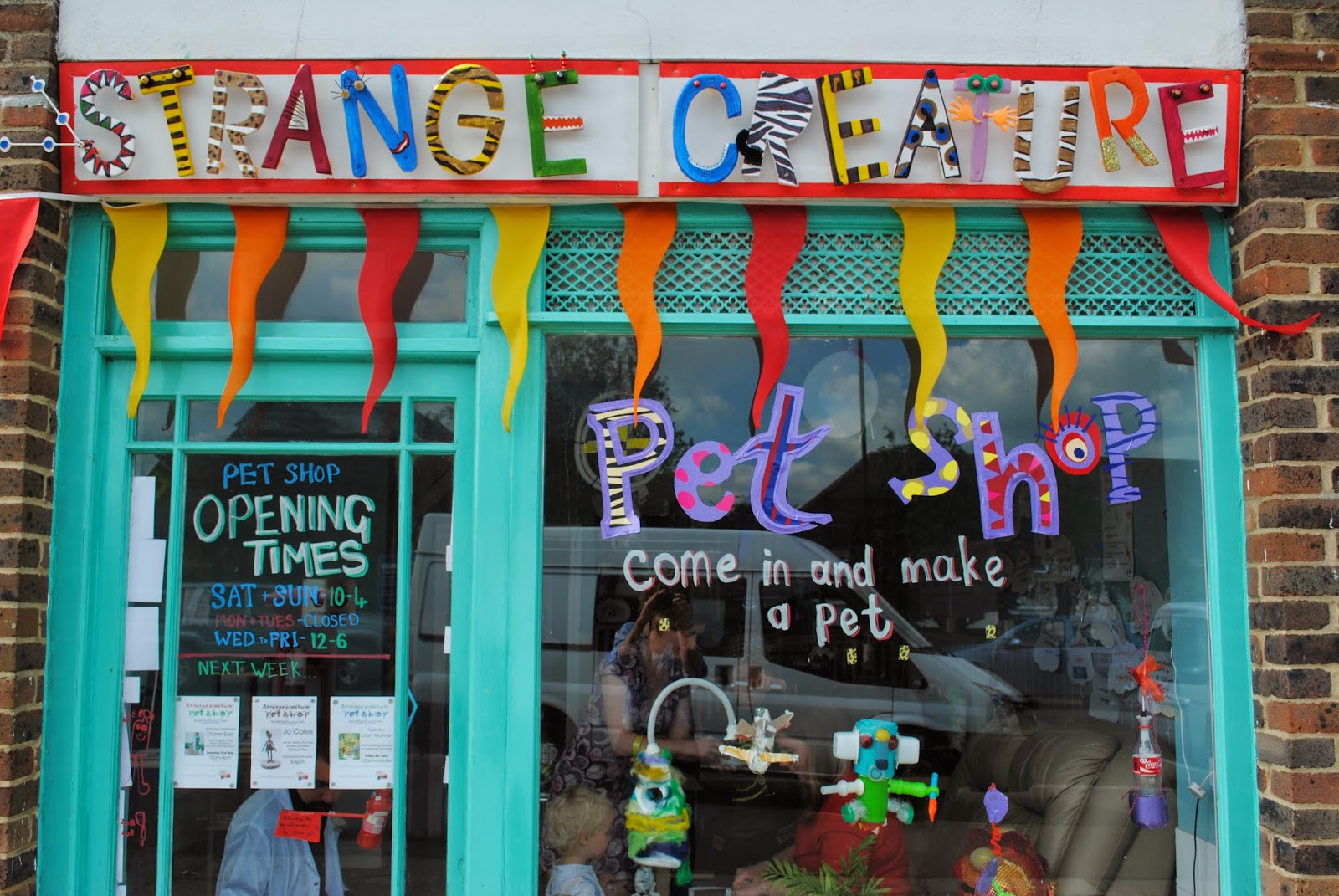 This year, more groups got involved, there was an increase in the number of residents who turned out and if someone had missed an event, they were asking about it in the social media.
One of my big jobs this year was to engage families because, recently, it has been a much older persons festival.  Although we engaged the schools, (1,500 pupils had contact with free festival artists), and moved the start to the beginning of half term, as soon as the holiday arrived, I discovered that parents, teachers, and pupils just wanted to get away from school. They weren’t interested in being tied to an obligation to do something for an extra day. Having talked to the schools and families since, it seems that half term could be a really great time to do preparation work, with the festival starting when the schools go back.
This year, one of my big festival highlights was being able to create a paper programme that actually did each event justice.  Last year, I found it really frustrating having to put 50 events into tiny writing, especially because the older generation, the really big audience, couldn’t even read it! To finally have a standard font size in a programme, with most events supported by images, was a massive highlight for me, and a relief.
The other big highlight was the street parties. They were really well attended and everything that I’d intended them to be. 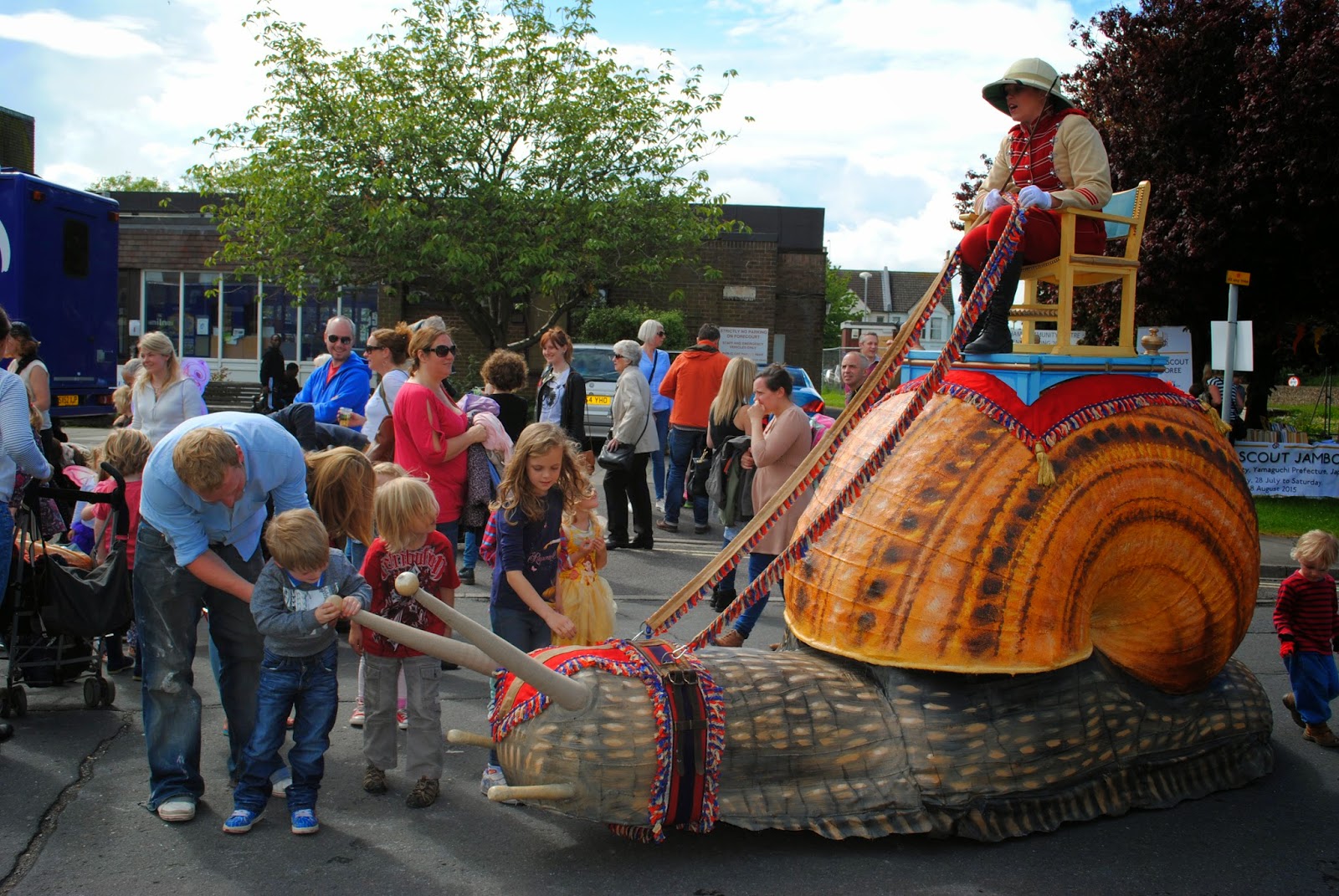 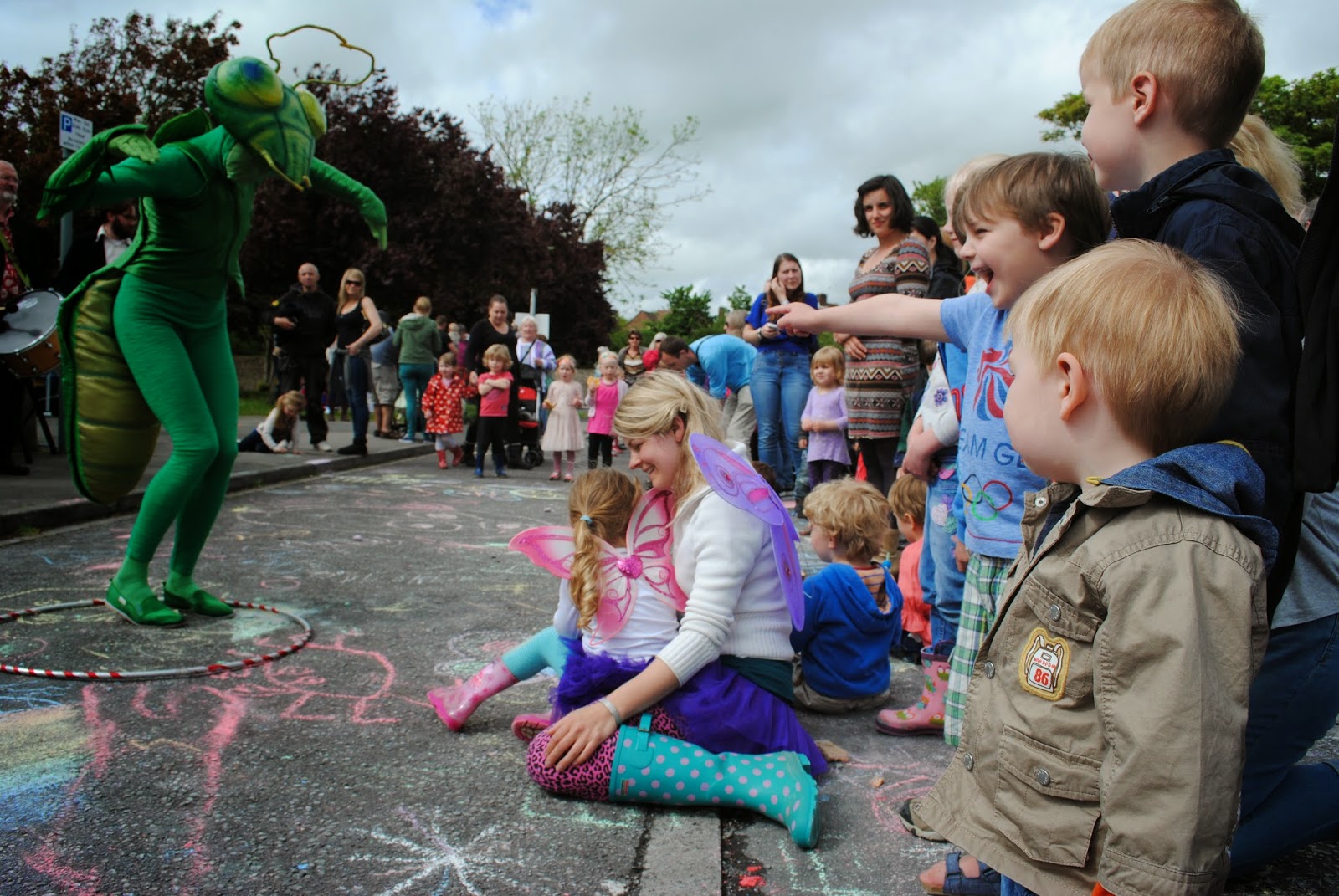 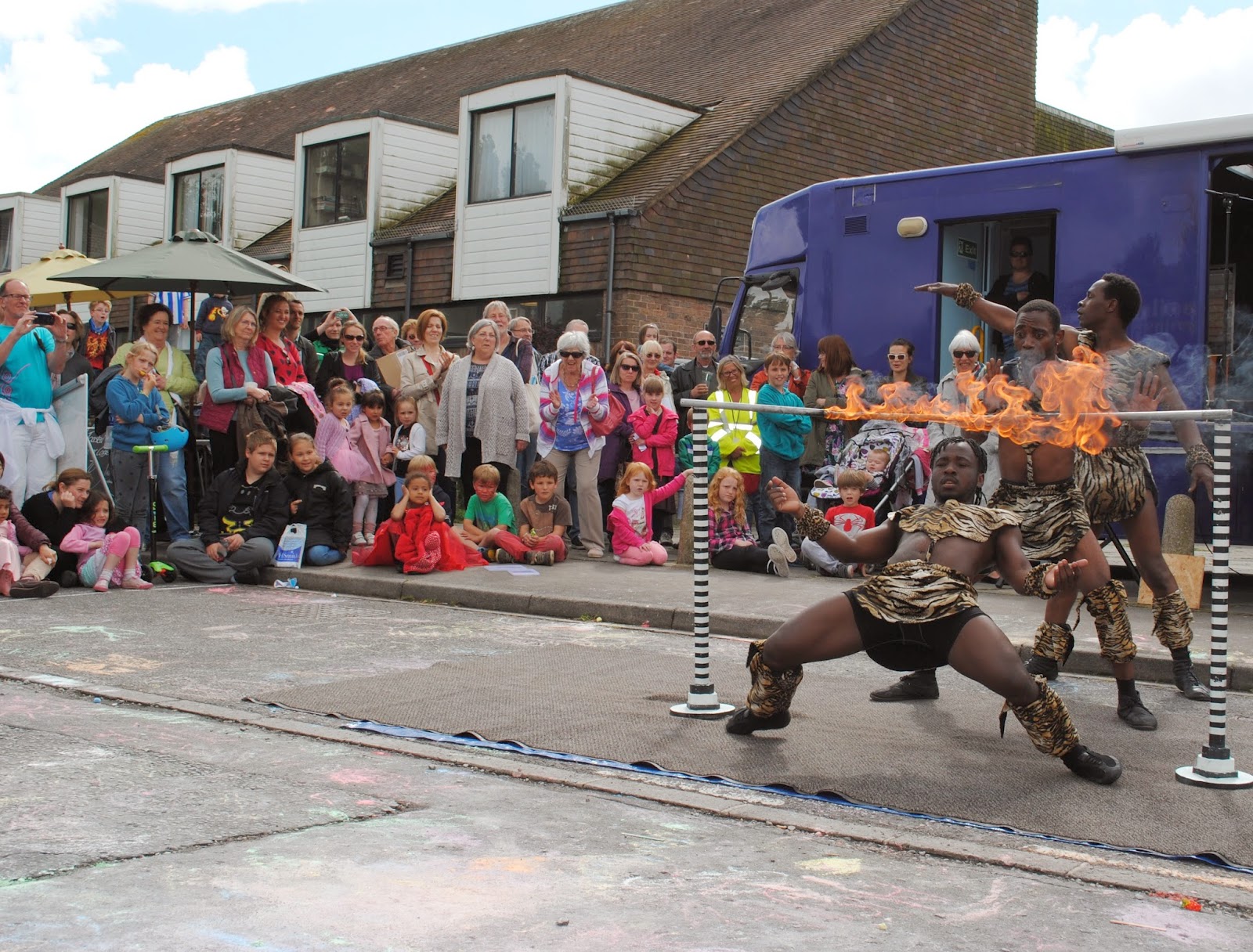 Next year, we’re going to apply for more Arts Council funding. I think that they can see that we’re regenerating the festival so it makes sense to keep increasing the investment, particularly because a sense of expectation and excitement is beginning to develop around it.
For those wanting to put on an event in next year's festival, registration is open from January 1st until March 2nd 2015. It’s worth beginning to think about it in October/November so that by the time it comes to register, you’ll know details like, where it’s going to be and how much it’s going to cost.
On a more personal note, this is my second year in the job and I feel like I’m just finding my feet. I’ve got lots more learning to do to make it as good as it can be, and with the new found support of West Sussex County Council, local artists and community players, there is a sense that the Festival may develop into a tourist destination rather than being just a local celebration.”

That brings me neatly back to our annual celebration of music and community here on Shoreham Beach.  Everyone is invited to Friday 20th June Launch Party on Beach Green at 5.00pm. The event kicks off the following day, Saturday 21st June, with parades starting from Shoreham Beach Primary School at 10.45am and the Church of the Good Shepherd at 11.00am.
The two parades will shimmy and jiggle west along Old Fort Road and east along Kings Walk respectively until they converge on Beach Green for the official launch of Beach Dreams, basically two days of lounging around listening to live music with family, friends and a picnic.
The mood will be chilled, except, of course, on the roads.  That will be pandemonium.  Therefore, if you are new to Beach Dreams and live on the beach, I'd suggest you walk. If you need to drive, avoid parking between Ferry Road and Mardyke and ideally park on "your side" of the beach so you can make a quick getaway.  If you need to drive off the beach, leave yourself at least 30 minutes extra time or park in town the night before and walk back to it in the morning. Yep, it really gets that busy.
Thanks for dropping by and have a great Beach Dreams.
See you next week. Ta-ra
Posted by Liz Coward at 10:39