Shoreham Airport is the oldest licensed airport in the UK and one of the towns’ most loved land marks. Last year, it was also the 16th busiest, (in terms of take offs and landings), in the country. Its official title is Brighton City Airport (Shoreham) and Brighton & Hove City Council and Worthing Borough Council are the freeholders.
Albermarle Shoreham Airport Limited, own the head lease and in August 2013, a 30-year lease was granted to Brighton City Airport Ltd, (BCAL) to run all the aviation related activities. Therefore, in addition to flights, BCAL is responsible for the car parks, terminal buildings, municipal hangars, runways, apron, taxiways and Fire Station.
I recently met BCAL’s Managing Director, Jonathan Candelon, to discuss why BCAL took on the lease and the forthcoming Wildlife Festival. 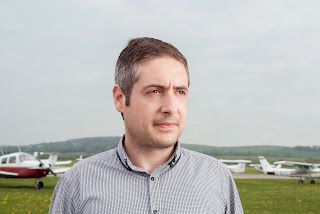 Jonathan Candelon’s relationship with the airport began as a 16-year-old, when he took his first flight as a pilot from Shoreham. He now holds a commercial pilots licence but rather than flying, works full-time as the Managing Director of both BCAL and FTA. 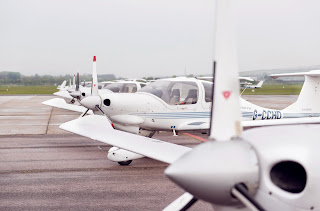 FTA's Diamond training aircraft on the apron at Shoreham Airport

FTA is a commercial pilot training academy based at Shoreham Airport. It accepts students from across the globe and, almost uniquely, undertakes all their training in the UK. Last year, its' students flew over one million miles and FTA accounted for 50% of Shoreham’s resident aircraft movements. In fact, as Jonathan explained, BCAL took on the airport lease primarily in response to FTA’s requirements.
“Taking the lease was, potentially, a huge risk for us, but the alternative was to move FTA to another airport. After analysing the numbers and studying all the different scenarios, we concluded that remaining at Shoreham was a risk worth taking. We subsequently created a business plan that revolved around ensuring that the airport could be sustained purely by its airport activities, while retaining all the existing employees.
It was a big gamble, but it has paid off and in the first year the airport achieved a profit. OK, it was a very small profit, but nevertheless it meant that the airport was self-sustainable and there aren’t many similar airports that are.”
BCAL has also begun an investment programme to improve the airport’s facilities, extend the operating hours and up-grade the instrument approaches.
“We have had to do that,” Jonathan said, “because at the moment, we are heavily dependent on the weather. On a nice sunny day, for instance, we can’t be any busier than we already are, but we need to spread this out a little bit more. Therefore, it’s important for us to up-grade our aircraft guidance systems to attract larger traffic that isn’t weather dependent.
We’re also looking at long-term projects to further benefit the airport and make it more profitable still. 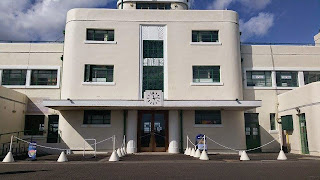 We know, however, that there are some myths about our intentions, so I’d like to quash some of these straight away. Firstly, we do not want to sell the airport for a housing estate and secondly, the airport is self-sustaining so it doesn’t depend on non-aviation events to either keep it going or finance big projects. That said, the airport is a commercial operation and we are constantly being asked if it can be used for non-flying purposes.  If it’s the right thing for the airport and the request comes from a professional organization, we may say yes, and the money is ploughed back to the airport.
We know that such decisions will never please everyone, and there was opposition when we allowed scenes from Woman in Gold to be filmed here. 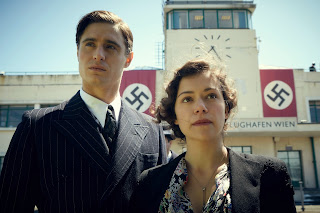 There has also been a mixed reaction to the decision to allow SJM to hold the Wildlife Concert within the perimeter fence.

The Council received 69 letters of objection to Wildlife, but we were bombarded with requests for information like;  “Can we rent out our rooms to people?” “Can we help with the catering?” “Where can we get tickets?” People were so anxious that the tickets would sell out that SJM put them on sale to the local community before they went on general release. At times, the queue for them was five hours long. Now, if we had had people queuing for five hours to complain about the decision at the public consultation, we would have thought, “Heck! This isn’t what the community wants. We have really messed up.” But only 40-50 people came and some of those wanted to know about a jet that had done a fly past that day.
We have invested heavily in the airport and would not have allowed permission to hold Wildlife here if it was not good for the airport or the local community. Furthermore, we have an agreement with SJM which says that if it doesn’t go well in the first year, we won’t let them use the airport again. That means that everything has to run as planned. Also, I’ll be driving around on one of the nights to see what is happening locally and I’ll ask my staff to keep an eye-out too. After the event, we’ll be asking if and how local businesses have been affected.
We understand people’s concerns about Wildlife but we think that there are lots of misconceptions about it.  We obviously support it because it’ll put Shoreham Airport on the map and will draw people’s attention to what we have here.”
Many thanks to Jonathan Candelon for agreeing to be interviewed and to BCAL for the photographs. I look forward to bringing you another post on the airport later this year.
Thanks for dropping by and see you in a fortnight when I'll be posting on how to lessen the potential impact of Wildlife 2015 in the district.
Posted by Liz Coward at 15:31