So how was Wildlife 15 for you?

Hello and welcome to my blog. If I were a betting man, I'd have put money on Wildlife 15 creating traffic chaos and a spike in the crime statistics. Luckily I'm not, because I'd have lost a fortune.  The roads were clear and the peaceful revellers created a joyful vibe in the town.
So how was Wildlife for you? 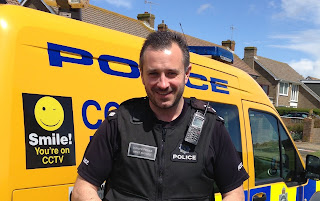 Inspector Allan Lowe, Adur and Worthing Neighbourhood Policing Team
"There were few significant problems and many opportunities for positive interactions between the police and local community. There was very little anti-social behaviour around the event and not many issues inside. All the feedback we have had seems to have been pretty positive." 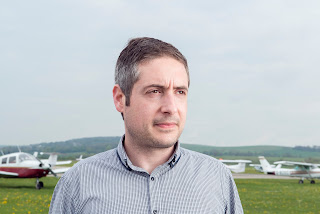 Jonathan Candelon, Director Brighton City Airport Limited
"One of the reasons that planning took so long, was to ensure that the airport could operate as normal during the setup and dismantling of the Wildlife event. On Monday morning, there was a slight delay, which meant the airport opened about 30 minutes later than planned. It's safe to say that airside operations were not restricted and there's been no real damage reported. The feedback so far has been excellent. The reception to the festival has been overwhelming really, with lots of positive press and social media sentiment." 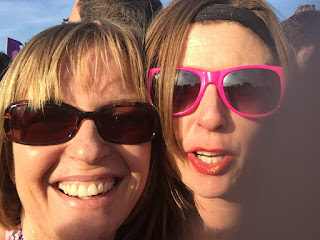 Vida Hatchard (right), local resident
"I had a great time.
There was a great range of music to suit many tastes. It was full of friendly and smiling people - even the staff - and there were people there of all ages.
I thought Wildlife was well organised. The only small problems for me were the bars, the toilet queues and the amount of rubbish everywhere, but we all put it there! After having such a fantastic time on Saturday, on Sunday morning, I decided that I would try and get a ticket for day two and I wasn't disappointed. I will be getting a ticket for the next one without a doubt."
Councillor Emma Evans commented,
"As the new Chair of Adur District Council Licensing Committee, I was looking at the Wildlife weekend with a great deal of trepidation. Stories of traffic chaos for miles around, rapes, murders, people drowning in the river etc, led to many sleepless nights. However, after the event, I can honestly say that I have never been so proud of my town and my community.
Of course there have been issues, mainly surrounding the shuttle bus system, but by Sunday evening this too ran to plan. I waved off the last one leaving the site at 1am on Monday morning.
There was an all agency debrief a few weeks ago and lessons will be learned.
Special mention should be made of our environmental health officers who visited every single person concerned with noise levels, and to our clean-up crews who, by 9am on Sunday and Monday mornings, had our town looking spick and span once more."
Mark Milling, Bursar at Lancing College, one of the closest buildings to the site, said,
"We feel that the festival went as well as we could have hoped for. There were no problems with traffic or trespassers, although we did have to spend several thousands of pounds on extra security which prevented any problems.
Regarding noise, we were lucky with the wind direction which meant that all was quiet on Saturday. On Sunday, we were subjected to quite a bit of "duff-duff" bass but it wasn't too bad. We understand that those on West Beach were not so fortunate.
Also, we would have liked the organisers to have picked up litter around Coombes Lane, where people came to catch cabs. The organisers need to put cabs ranks to the south of the A27 next year to prevent pedestrians crossing this extremely dangerous road.
So, overall a great success but we have serious reservations about a doubling in size to 70,000 guests which is proposed for next year."
Joss Loader is Chair of Shoreham Beach Residents' Association and her own son and daughter went to the festival. She said,
"Lots of people were concerned prior to the festival but in the event it passed off very much more peacefully on the Beach than we'd dared hope. We put out feedback forms to properties west of Ferry Road as we were very keen to know what people felt and the majority reported there were few problems.
We do know that noise was an issue for some, particularly those at West Beach and in the town, and there is an argument for reducing the decibel level as some people found it very difficult to cope with, particularly those with young children trying to sleep. But generally most Beach residents were pretty relieved."
Councillor Geoff Patmore (Widewater Ward and West Beach Residents' Association said,
"Never again. The persistent bass beats on Saturday and Sunday were all invasive. They shook houses, and residents, including children, could not sleep until the early hours of the morning.
Some residents described the noise as like living next door to neighbours who were having a rave until the early hours of the morning. Others felt absolutely powerless and very angry that they should be relentlessly forced to listen to a cacophany of screams, shouts and base beats for two consecutive days, especially on the Sunday before a working day. The helpline to complain about the volume was clogged up with lost property calls, so many residents gave up."
A resident of St Nicholas Ward said,
"I would like to ask that when the Council reviews the Wildlife Festival, it takes into account the views of people such as myself who had a dreadful experience of it. I know lots of people enjoyed the festival and it is apparently good for the town financially. However, I and many others found the weekend intolerable... and I don't normally have a problem with noise ... Sunday, to be fair, was not a level of noise which I would want, but it was just about tolerable. I was absolutely staggered, however, at the volume on Saturday... during the day it was impossible to sit in the garden and have a normal conversation. What was especially disturbing though, was the evening and night time volume and there was nowhere in my house I could get away from the noise... It was impossible to get to sleep even with all the windows closed.
I know the volume levels were all within limits...but the limits are clearly vastly wrong if that level of intrusion into a person's house is deemed acceptable."
This is only a sample of opinions on the festival, but all residents are being asked for their views at a questions and answers debrief on Wildlife on...

See you there.
Well, Tom's summer holidays are just around the corner, so I'm going to have a short break before returning in late August with features on Shoreham Airport and the Dogs Trust.
Thanks for dropping by and see you on the beach.
Posted by Liz Coward at 16:01