I'm almost half way through my autumn book talks, so I wanted to share what's happened so far.
There was a good turnout at Shoreham Library on 10th November. 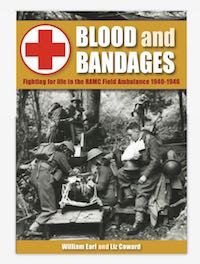 William Earl, the 102-year-old star of Blood and Bandages was there. He was on fine form despite having recently returned from a five day wedding in Italy. 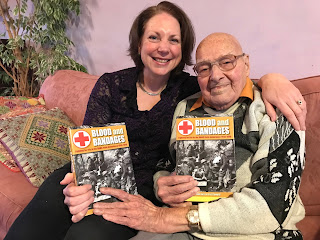 The audience's questions were many and varied and it was touching to learn that more than one person had been moved to tears.
Sadly, William was not well enough to join me at the second talk, a joint presentation with Shoreham author, Patrick Souiljaert on 14th October to raise funds for two local churches. 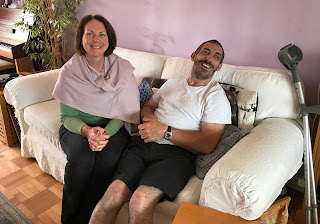 Our presentations were well received and we raised £132.00.
As always, it was humbling to hear the stories recounted by the children of deceased World War Two veterans. Indeed, since Blood and Bandages came out, I have been contacted by those the book has touched and they always start by saying, "My Dad never spoke about his time in the war," before  recounting some treasured memories of when he did. Their regret at knowing so little is tangible and I'm touched that William's honest and detailed account of his war helps to fill some of those gaps.
The 14th October talk was filmed by AECAST.COM. Here's the link to my presentation and Patrick's is here, (sound starts at 03.52 and vision at 04.11).
The next talk is at The Museum of Military Medicine at 7.30pm on Wednesday 1st November.  Tickets can be obtained here and I will be signing books afterwards.
The subject matter will be different from the earlier talks as I'll be telling the story of how Blood and Bandages was written. I've touched on this in earlier blogs, but the talk will be more expansive and will cover my personal struggle to get it done.
Hope to see you on Wednesday.
Ta-ra for now.
Posted by Liz Coward at 15:13