Hello and welcome to my blog. It's wonderful to see you again and I hope you've had a good week. I'm very excited about the next series of blogs so I'm going to dive straight in.

The RNLI is recognised as being “just about the ultimate lifeboat service” and over the next few weeks I'm going to look at various aspects of the organisation through the eyes of Dave Cassan, Shoreham RNLI's Press Officer, a lifeboat mechanic and some of the crews' wives and families. 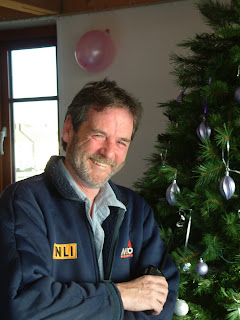 Dave Cassan has been volunteering at Shoreham RNLI for the last 17 years. He spent 10 years crewing both the Inshore (ILB) and All Weather Lifeboat (ALB), followed by a further 5 years just on the ALB. He retired from the crews 2 years ago so he could devote more time to management roles at the lifeboat station.

In this blog he talks about the lifeboat men.

“The vast majority of crews are between about 20 years old and mid 50s. If someone wants to join, they’ve got to live within one and a half miles of the station because you've got eleven minutes from the pager going off in your pocket to the big boat (ALB) hitting the water.

If it’s a life saving shout then all Hells let loose at the lifeboat station. We get that boat out as quickly as we can and go with the minimum amount of crew as long as we have a qualified coxswain, qualified navigator and qualified mechanic on board.  When she goes you’ll find that nobody goes anywhere forward of the tail end of the stern. You’ve got 30 tonnes of lifeboat travelling at 30 mph down a slipway and you just don’t want to get caught out.

There is an adrenaline rush when the pager goes off but by the time the boat’s launched you’ve had 10-12 minutes and you have calmed down. Then you’re completely focused on what you’re going to do.

The coxswain is in charge the moment the lifeboat hits the water and one of his main jobs is to make sure the crews are capable of doing their job when they get there. It’s no good getting to the casualty in 25 minutes if your crew can hardly move when they arrive. On the ILB if it’s hurting you slow down a bit, Enid Collett has hydraulic seats so it’ll be more comfortable at speed but you won’t be able to tell how much of a pounding you’re taking.

Our coxswain is Peter Huxtable and he’s the boss. Without trying to sound soppy or anything, the respect the crews have for him is unbounded, it’s incredible. If you look out and it’s breakers and you think, “Oh,” but Peter says, “Get on board,” you get on board because if Peter goes to sea, the crews know they will come back and the casualties will come back.

There’s a bonding between the crews, and while I don’t want you to think that we put ourselves in as much danger as, for instance, the armed forces, they always talk about a bonding between a platoon and I think you get that at every lifeboat station. Ninety-nine times out of a hundred it’s never going to manifest itself, but there are people here that you wouldn’t mix with socially but they’d lay down their life for you and you’d do the same for them.

We all have our own reasons for why we do it. There are guys here who don’t want to leave Shoreham in case there’s a shout. A lot of them are self-employed, yet they turn up every time and go to sea every time and they lose money hand over fist because of it.

Shoreham lifeboat is full of consummate lifeboat men. That’s one of the reasons that the RNLI is so effective; the lifeboats are crewed by men who want to do it. It’s not a job, it’s a vocation.”

Next week I’ll be dealing with some of the types of incidents in which Shoreham RNLI have been involved.