Rampion and telecommunications: Will it still be good to talk?

Hello and welcome to my blog on this sunny but windy day here on Shoreham beach. Classic burning weather this.

Well, I'm in a very happy mood today because its been a fabulous week and I managed to read Rampion's Environmental Statement on telecommunications in less than an hour. Marvellous. But before I tell you what I've learnt, did you know that the BBC has a document on how wind farms can effect TV reception? I got terribly excited when I first read that, then realised that was probably not a good sign so have decided to give myself a rest from reporting on Rampion.

However, before I do, I need to answer this week's question:-

"Could the proposed wind farm effect our radio and TV reception, mobile phone and GPS signals during the construction, operational, and decommissioning phase of the development?"

Unlike the question, the answer is short. It's no, or,  if you prefer,  "overall, the magnitude of potential impact is considered negligible," and negligible means, "no significant impact on the system are anticipated." There is, however, a "distinct possibility" that there will be an impact on marine radar and VTS radar, so, if you sail, you may want to read the report in full.

Now as I said earlier, its been a fabulous week in Shoreham, particularly for our Christian community, as last Friday four Deacons were ordained in town.

Stephen Sharpe, a Catholic deacon, was ordained in St Peter's and three Anglican deacons were ordinated in St Mary de Haura. By an astonishing co-incidence, both services were held at the same time and in a wonderful show of unity, the Anglican Vicar of St Giles went to the Catholic Ordination and as the bells rang across town, the Catholics offered prayers for the new Anglican deacons. Later this month, we'll see more examples of Christian unity with the Passion for Shoreham, spearheaded by the Church of the Good Shepherd here on the beach.

Passion there was a plenty at last week's Military History Weekend at Shoreham Fort.

We popped along on Sunday and were struck by the number of people that came in period dress. This event is getting bigger and better each year and it was heartening to see that spectators brought along a blanket and settled down for the day.

If you couldn't make it, here's a flavour of the weekend. 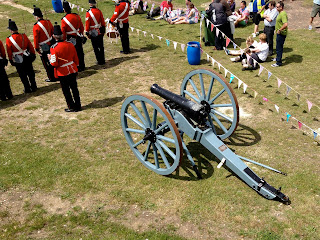 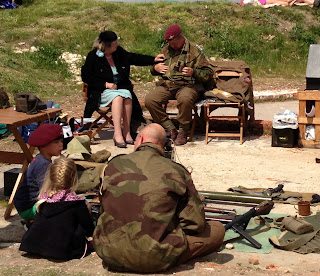 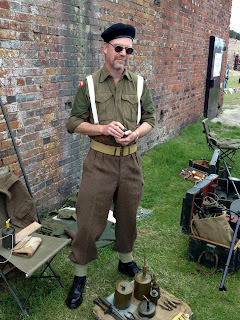 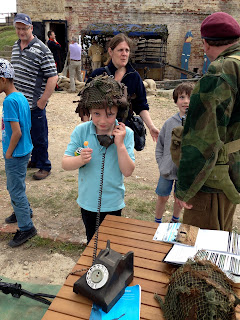 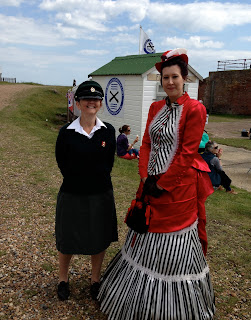 Thanks to the Friends of Shoreham Fort, for putting on a great weekend.

Well, as the Marquees were removed from the Fort, others were being erected at Beach Green. Yep, another army of enthusiastic and committed volunteers are gearing up for Beach Dreams, our free annual festival of music. Toploader, ("Dancing in the Moonlight"), will be head lining on Saturday night and the incredibly chilled, yet talented, Richard Durrant, will be playing on Sunday morning.

As always, the festival kicks off on Saturday morning with parades from the Church of the Good Shepherd and the Beach School, merging at Beach Green at 12.30 p.m 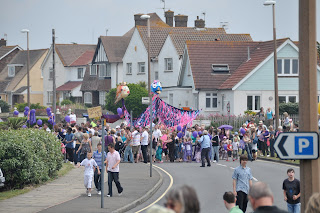 The church parade will process down Kings Walk and the school parade will jiggle up to the top of Shingle Road before joining Old Fort Road. They will take about 30 minutes to reach Beach Green and there will be rolling road closures along the routes so do expect delays.

Incidentally, I will be returning to the Vlog idea in the near future. Until then, have a great week and see you next Tuesday.
Posted by Liz Coward at 11:48